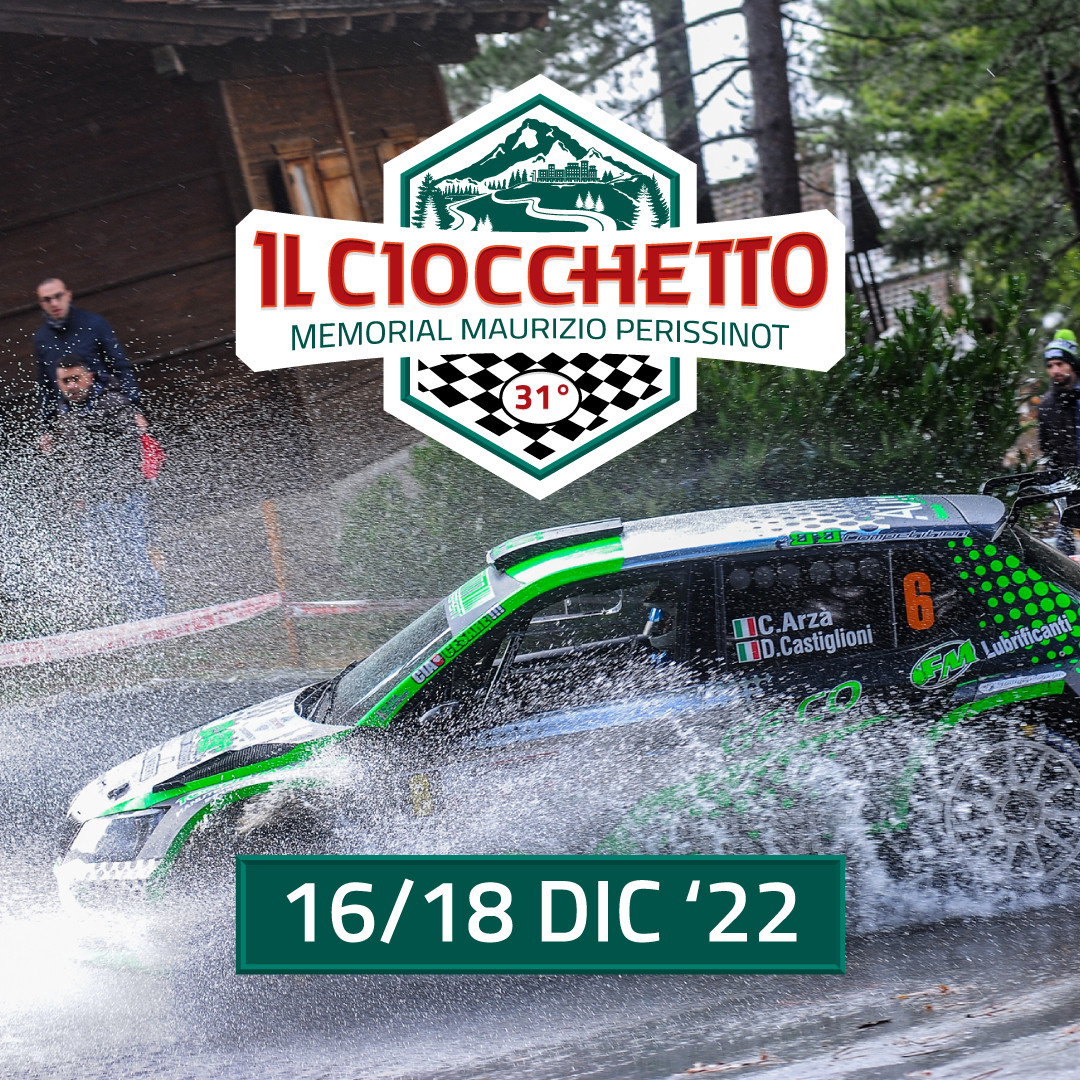 It is approaching the Christmas period and, for those who love rallies, the association is immediate with Il Ciocchetto Event, the rally that has been gathering at Il Ciocco for thirty-one years - in the atmosphere made suggestive by the enchanting panorama and the elegant Christmas decorations - crews, insiders and friends for a real race, all inside the Il Ciocco Estate, but also to exchange greetings for the holidays.

The main novelty of Il Ciocchetto Event 2022 is that the special stages become sixteen, divided into two timed sections, to be repeated four times, for each of the two stages. There are 39.40 km of specials, on a total distance of 84.47 km, entirely on asphalt surface.

Admitted to the race, to the delight of all spectators, modern, historic and for the first time also electric cars!

To facilitate the return of teams and crews at the end of the race, "Il Ciocchetto Event" confirms, as last year, the development in two stages, between Saturday and Sunday, namely on 17 and 18 December, but compressing the final arrival time on Sunday at 2.45 pm, with a final award ceremony at 5.30 pm.

There is a prize, at Il Ciocchetto Event, coveted as the cup of the first absolute, and that never fails to arouse great emotion in the winner. It is the Trophy, artistic as well as prestigious that, since 2004, is dedicated to the memory of Maurizio Perissinot, which is delivered to the first classified navigator.  And that every navigator would like to have on the bulletin board. Another prize "on the subject" is awarded, at the final award ceremony, to the car judged more "Christmas", that is to say with the livery or decoration that will be evaluated the best by a vote that will be launched, on the days of the race, on the Cioccorally social pages.

Tickets can be purchased through Vivaticket or directly at Il Ciocco during the two days of competition.